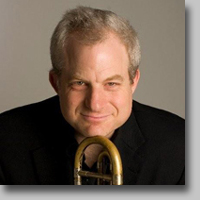 On Sunday I had the opportunity to listen to the Ensemble in Residence concert by Standing Wave. The group is chock full of powerhouse musicians that create a unique blend of sound and interesting musicality.

For this performance, the group is made of six members and in addition to classical chamber music they play new works by Canadian and International composers. The blended ensemble compromises of: A.K Coope on Clarinet, Rebecca Whitling on Violin, Peggy Lee on Cello, Allen Stiles on Piano, Vern Griffiths on Percussion and Christie Reside on Flute.

Concert-goers may recognize Stiles's work as a music director at The Gateway Theatre, having worked on many of the season’s musicals. There were 10 pieces performed including a world premiere composition by the 2016 Sonic Boom Composer in Residence Edward Top.

Although orchestral music isn't my cup of tea, there was quite a variety of styles in terms of music colourization and timbre. If you love original composition and new work by some of Vancouver’s best musicians , the Sonic Boom Festival is one you will want to put on your calendars for next year.

If you attended the concert, liked what you heard and are interested in supporting the group, they have released three CDs, and are set to release a fourth this April. For more info, click here.