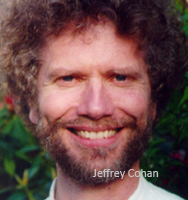 It is not often that one has cause to give thanks for government regulations or to bless customs officials, but certainly the Salish Sea Festivals concert for Clavichord and Flute was an unexpected and delightful gift from both

The program was originally designated to be for Forte-piano and Flute and the performers, Jeffrey Cohan (flute) and Henry Lebedinsky (keyboard) intended to use the1799 square piano which Lebedinsky had just finished restoring. But old pianos have ivory keys and just before setting off for Vancouver they realized that government restrictions on the ivory trade would prevent them from taking the instrument across the border. Their bold decision was to substitute a clavichord. Bold because in some ways the two instruments could not be more different. The piano has a larger keyboard and a much wider dynamic range, where the clavichord has only about 4 ½ octaves and varies between very soft and extremely soft. And the program seemed designed to show off the brilliant character of late 18th century music with virtuoso passagework, variety and contrast.

And in fact the first piece on the program, CPE Bachs Sonata in D Major (Potsdam, 1747) was disappointing. Jeffrey Cohan played a single-keyed with technical flair and sweet tone, but the relationship between flute and clavichord and clavichord and audience was unbalanced with the flute overpowering the often inaudible clavichord.

A suprising and more rewarding clavichord solo, Larghetto by Bortniansky, followed. Utterly different from his very Slavic choral music, this sophisticated Italianate piece, and the Sonata in F later in the program, showed the influence of Bortnianskis mentor Baldassare Galuppi. Robert Browning in his poem A Toccata of Galuppis suggests that Galuppis music was distant and ironic. There was nothing but intimacy and warmth in Lebedinskys playing. The audience leant in to listen.

Cohan returned to perform Solo IV from Six Solos pour la Flute et la Basse by Franz Anton Hoffmeister. He played a six-keyed flute, richer and more powerful than the one-keyed flute, yet this time the balance between flute and clavichord was perfect. Restless and rapid in the opening allegro, the Adagio was polished and emotional and the closing Rondo playful, with excellent rapport between the two players.

The first half of the programme finished with a sonata, No. III in G Major byFrançois Devienne. This piece was taken from a set of sonatas for "Clavecin ou le Pianoforte with flute accompaniment which suggests a more prominent part for the keyboard than the flute, but what the clavichord lacked in brilliance it more than made up for in subtlety. Lebedinsky explored a sweeping micro-range of effect and colour while Cohans flute flew around, always sensitive to the delicate gestures of the keyboard and exhibiting a vivid sense of exploration and enthusiasm.

The second half of the program recalled the latter three composers in reverse order, closing with Hoffmeister. Again elegance, charm, superb technique and warm expressivity characterized the playing. Lebedinskys lively realizations of the figured bass parts were captivating and fully in metaphorical as well as literal harmony with the flute. Undoubtedly the late decision to change keyboard instruments affected the performance as there was a stimulating sense of danger underlying the familiar 18th century patterns.

Overall, this program brought to life unfamiliar music or music by unfamiliar composers with daring and intelligent playing, infused with variety, emotion and beauty