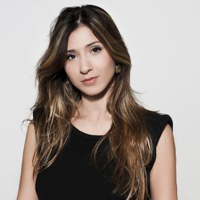 The stage at the Norman & Annette Rothstein Theatre has come in for some honest wear and tear over the last couple of weeks. This year’s Chutzpah Festival has offered an excellent lineup of comedy, dance, music and theatre. One of the headline acts this year is the Maya Avraham Band led by the incomparable Ms. Avraham (it’s her striking features that adorn the cover of the Festival programme guide).

Vancouver audiences will remember the Israeli born singer as a prominent member of The Idan Raichel Project that performed in the The Lisa Nemetz International Jewish Performing Arts Festival a few years ago. She was expected to perform some of The Project’s best known songs as well as songs featured on her own solo recordings.

Unfortunately, the audience never got to hear the complete Avraham concert, who typically saves her best til the end. Roughly fifteen minutes into the second set the concert was abruptly halted when a festival staffer directed patrons to quietly leave the theatre. Not much of an explanation was given. Had there been some anti-Semitic threat made to the Jewish Cultural Centre?

Up until that point, things had been going well. While Avraham sings almost entirely Hebrew, she is able to blend traditional and commercial styles, fusing elements of Eastern and Western orchestration. Dressed in a long black dress that doesn’t quite conceal bare feet, she walks, jumps and dances around the stage. The songs, hardly ever longer than a couple of minutes vary from the haunting “Lama” to the joyful Gilbert Montagné composition “Le même rêve,” sung partly in French.

When on stage with her waist length hair swirling around her shoulders in a pseudo Horah style dance, Avraham is incredibly watchable. Backed by a quartet of talented musicians, her big voice and emotional delivery exemplify simple melodies that negate the need to understand the language.

Maya Avraham’s spirit and musical technique can discernibly be defined as “World Music.”