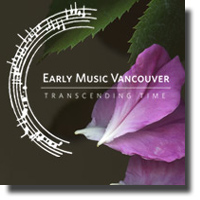 Few, if any, keyboard players today are educated first in harpsichord technique or in the infinite gradations between soft and utterly soft of the clavichord, as Mozart was, yet approaching his music with this background in mind can affect the playing of the 21st century interpreter, whether on the piano or, as in Kristian Bezuidenhouts case, the fortepiano.

The fortepiano itself was the instrument for which Mozart composed his solo keyboard works. A sophisticated instrument, its upper notes ring bell-like, the middle range is warm and the bass notes can growl with a degree of strength and aggression. Keenly sensitive to touch and with a very light action, its notes can be played dynamically, quickly and clearly, ideally suited to Mozarts brilliant virtuoso solo keyboard music.

Bezuidenhouts purpose though seems to be less to achieve an authentic performance than to examine the interface between Mozarts notes on the page and the fortepianos capabilities. The result is a dramatic, highly imaginative performance which explores one possibility after another at a rapid fire rate.

The opening piece Sonata in E flat major, K. 282 was immediately bewitching. It drew the listener into a conversation as if between friends, regretful but not bitter. The latter movements displayed Mozarts typical music box charm leavened with a cheeky humour and sparkle.

The unfinished Suite in C major, K. 399 is an homage to the great Baroque composers. The Overture, full of dotted rhythms in the French style, is followed by the traditional dance movements, Allemande, Courante, Saraband, all unmistakably Mozartean in their texture. Bezuidenhout seized the opportunity to ornament and improvise to the full.

Bezuidenhout rolled the Minuet in D major, K.355 and Gigue in G major, K. 574 into the Suite without pause, finally returning to the elegiac mood of the first Sonata with the Rondo in A minor K. 511. Expressive and reflective, each iteration of the theme deepens the mood and is so inventive, like the sirens song, the listener longs to hear more. Sensitive and nuanced in touch, bold in dynamics and tempo, deeply emotional, this was a performance to remember.

The second half began with the Fantasie in C minor, K. 475. Its improvisatory nature was paramount, with rapid changes of mood, flashes of raffish daring, sometimes a teasing, wait-for-it attitude, drama in action, always immediate as if Bezuidenhout was exploring without a map.

The Sonata in A major K. 331 has been a staple of piano education for ever. Baited with one of Mozarts most delightful melodies, it hooks the player into an ever-more brilliant and enchanting sequence of variations. Again Bezuidenhout found imaginative and inventive ways to play them, showing off also the capabilities of his instrument. The contrasts between the higher and lower registers for example, fairly even on the piano, shone distinctly. As with the previous pieces, in the Menuetto & Trio, he used plenty of pedal to shape character. The Alla Turca glittered with virtuoso speed and so many colours a Janissary band seemed to materialize out of thin air.

An expressive Andante from the Sonata in C major closed the programme in quietness.