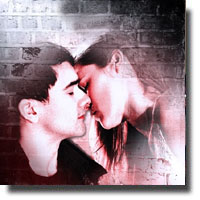 This modern adaptation of Romeo and Juliet from Stone’s Throw Productions is at times an unpredictable, yet generally successful formula. Apprentice Evan Frayne in his directorial debut, provides a steady hand to a youthful and talented cast. Frayne never allows the pace to lag, cleverly using Shakespeare's time-honoured technique of switching between comedy and tragedy to elevate the tension.

The play begins with a burst of violence when the Montague boys come face to face with the Capulet boys and an untidy scrap ensues. This brusk encounter sets up the tone for the production as a whole and even allows the hybrid dialogue to comes across as quite natural rather than distracting.

More distracting than the variegated lines was the physical similarity between Christopher Cook who plays Friar Laurence and Troy Anthony Young who plays the Capulat patriarch. Both actors are seen in (more or less) like clothing, have relatively small roles and never on stage at the same time.

The play’s principles fare very well; both when seen on stage together and on their own. Aslam Husain is a brooding, charismatic Romeo, while Susan Coodin is a spirited and responsive Juliet. Other standout performances come from Maryanne Renzetti, who shows both comic pacing and deft drama and Mack Gordon as the rebellious Mercutio. When Mercutio, who is neither a Capulet nor Montague, is murdered by Tybalt at the end of the first act, the production was thereafter poorer in terms of entertainment quotum.

The rest of the cast are variously committed: Kaitlin Williams embodies an elegant Lady Capulat, Troy Anthony Young struggles to be authoritative as Capulat and Rhys Finnick is over-the-top as the menacing Tybalt. Finnick is also responsible for coordinating the brawl sequences.

Lauchlin Johnston’s minimalist set is in line with the show’s economic production values. Nonetheless, it does the job adequately and allows space on stage for movement. One might consider the re-titled The Verona Project as Shakespeare Lite; the actors even get to wear their own clothes, supposedly overseen by designer Hersie Init for suitability.

This retelling of the legendary “star-crossed” lovers is closer to Baz Luhrmann’s film adaptation than Bard on the Beach. I personally found it affecting and satisfying – the rest of the audience seemed to agree.