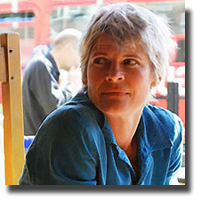 To his admirers, Pierre Trudeau was a bona fide statesman, a loyal Canadian and an intellectual. To his detractors, and there were a few, he was arrogant, mismanaged the economy, and unduly maintained authority in the federal government over giving the provinces more power.

But to Brooke Johnson he was a charming companion, a considerate host and a supportive friend. Johnson shared a fifteen-year platonic friendship with the former PM that started shortly after he resigned from office (the second time), while she was still a student at the National Theatre School and ended when he died in September, 2000.

In a series of anecdotes and vignettes, occasionally resorting to old notebooks, drafts of hand-written letters and hard-copies of emails, she imparts facets about Trudeau’s personality that will surely bemuse and fascinate.

Johnson, an attractive ash-blonde, who is now probably in her mid-forties, refers to the late PM as “Trudeau” when relating their early encounters then later as “Pierre” after forming a closer relationship. She tends to speak in an excitable hurried tone, particularly when divulging what might be an unexpected character trait, or something that she feels the audience will find amusing. For instance, on the occasion of their first meeting at a fundraising gala for the National Theatre, she borrowed a friend’s shoes that were a couple of sizes too large. She stuffed them with tissues to make them fit, but had difficulty dancing with them. When Trudeau invited her to join him on the dance floor, she had to come clean about wearing oversize shoes.

Not all Johnson’s reminiscences are as humourous. When Trudeau was feeling low, he could become reticent, even surly. On one such occasion, when visiting his home, she found him particularly quiescent. Her attempts to elevate his mood were treated with sarcasm. He contacted her a few days later with an apology.

Johnson’s conversation styled monologue works really well. Despite some discomfort from a mild dose of the sniffles she manages to hold the audience’s interest throughout the seventy-minute show with natural charm and a vivacious manner.

In Trudeau Stories, Brooke Johnson offers a sincere, albeit a subjective portrait of Mr. Trudeau. It’s a personal close-up of the man, who, to some of us was perplexing, to many of us was enigmatic, but to no one was he dull.