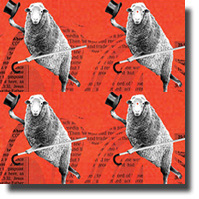 When Sarah Rodgers decided to take Godspell out of the dusty seventies archives and give it a brand new lease on life, she evidently felt it might be fun to make it a real nostalgia-fest by incorporating the production with the schtick from that zany comedy sketch television show, Rowan and Martin’s Laugh-in.

The good news is that it actually works. Godspell first surfaced Off-Broadway roughly midway through Laugh-in’s five-year run on NBC, taking a non-linear, secular approach to familiar parables from the Gospel according to Matthew. While the television programme was renowned for one-liners and rapid-fire sketches that were charged with sexual innuendo, or were just plain dumb; the connotation, though broad, is not as absurd as might be imagined since both rely on the exuberance and spontaneity of its cast.

The bad news is that if you’re too young to have watched those Laugh-in TV shows or just didn’t bother to tune in on Monday evenings between January ’68 and May ’73, you might find yourself scratching your head at some of the bizarre elements that seemed funny back then.

Bryan Pollock’s pastel-coloured set is an essential feature of this adaptation, capturing many of the physical components reminiscent of the original studio in “beautiful downtown Burbank.” The famous wall - where cast members popped their heads out of camouflaged portals to utter 5-second gags – is there and takes up the entire east side of the stage, with the new lighting providing an enhanced theatre experience

Goldie Hawn is likely the most celebrated of Laugh-in’s alumni, but Lily Tomlin and Eileen Breenan have also done well since leaving the show. Ruth Buzzi, one of only four regulars to appear in every episode, is still making people laugh at 73.

Tim Bratton who plays a phlegmatic Jesus and Ron Reed who steps up to double as a bucolic John the Baptist and Judas are the only actors to have their characters identified with Godspell. The rest of the cast assume the names from the ‘Laugh-in’ alumni.

It’s a talented local group of actors who have signed on for Pacific Theatre’s charming production, but none of them are really strong vocally – Erin Germaine Mahoney comes closest to emulating Jo Anne Worley’s powerhouse voice. However, since the songs are mostly anthemic with spirited melodies and little harmonic structure they are well handled within the performer’s vocal range. Kaitlin Williams (covering the role of Pamela Austin) gives an affecting, effortless rendition of one of the show’s best songs, “Day by Day.”

Godspell seems to be one of those musicals that can be adapted to suit any venue and almost any fashion style, surely a strong testament to its universal appeal. By midway through the second act, I didn’t even notice how incongruous it was to see Dan Rowan and Dick Martin ( Joel Stephanson & John Voth) serving wine at the Last Supper dressed in Tuxedos.