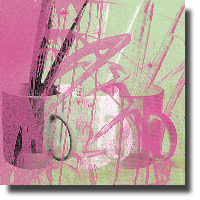 The Pacific Theatre production of My Name Is Asher Lev is Aaron Posner’s theatrical adaptation of Chaim Potok's 1972 novel by the same name. Posner tells the story with a fusion of extensive narration and cogent vignettes in a three-handed, multi character two act play that follows the perils of a young Hasid (Hasidism is essentially ultra-orthodox Judaism) who discovers he has a unique talent for art.

The term “To suffer for one’s art” takes on extra significance with Potok’s protagonist. Set in Brooklyn in the 1950s. The young Asher draws the ire of his fundamentalist parents, Aryeh and Rivkeh Lev when he chooses the crucifixion of Christ as his subject matter. His strict father, who is a devout Torah Jew, labels his son’s artistic tendencies narishkeit (foolishness). His younger mother tries to take a more philosophic approach and is forced into the agonizing position of having to conciliate between her husband and son.

Despite his family’s objections, Young Asher continues to pursue his love of drawing. Just before the occasion of his Bar Mitzvah, he is called to talk with his Rebbe (spiritual leader) who places him under the mentorship of Jakob Kahn, a secular Jewish painter and sculptor who teaches his new student how to instil truth into his work. It’s the elder artist’s relationship with his protégé that gives the play its psyche. Both Jakob Kahn and Aryeh Lev are played by Nathan Schmidt, but with opposing nuances. Schmidt, who also takes on the other male roles, in Kahn, he manages to lower the intensity perpetrated by his portrayal of Aryeh.

The play reaches an affecting climax when the now adult Asher shocks his parents by showing a pair of paintings of crucifixions that depict his mother. Director Morris Ertman, perhaps in the interest of production economy, wisely opts to leave Asher’s art works to the audience’s imagination.

Giovanni Mocibob, in his Vancouver theatre debut, offers an incredibly disciplined performance in the title role. As well as portraying Asher from age six to adulthood, he also has the task of delivering the long complicated narrative passages that at times threaten to smother the show.

Nathan Schmidt and Katherine Venour acquit themselves well in their principle roles of Asher’s parents Aryeh and Rivkeh, as well as the minor roles of Uncle Yizchok, Anna the art dealer and Rachel the nude model.

Lauchlin Johnston’s spare, though clever set consists of a large window frame hung from a ceiling beam and suspended a foot above the floor which the actors can move around the stage with relative ease. The frame is matched with a wall opening of the same size and shape that works as a portal leading to and from another time and place.

Luke Ertman (director Morris’s son) provides the original meditative Klezmer-styled score that is evocative of the rich Jewish culture that is at the story’s core. The music fits so well into the production as a whole that it hardly gets noticed.

My Name Is Asher Lev continues in the tradition of Pacific Theatre to bring its audiences shows that are spiritually uplifting.