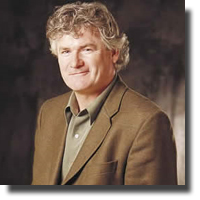 Vancouver Symphony Orchestra
John McDermott in concert with the VSO

This weekend, John McDermott and his accompanists, as well as the Eire Born Irish Dancers, joined our very own Vancouver Symphony Orchestra, with renowned Grammy award winner, Jeff Tyzk, in the latest concert of the VSO POPS series.

The evening began with the VSO playing a series of short concert pieces as part of the Irish Suite arranged by Leroy Anderson. One of my favourites of these was the Irish ballad, The Wearing of the Green, as Anderson had arranged the piece to have a strong pizzicato element, where the strings section plucked their instruments, giving the piece a unique feel. My second favourite was an orchestral version of the classic anthem Londonderry Air (Danny Boy), which Tyzk had arranged from the amalgamation of two other versions of this piece.

The Eire Born Irish Dancers, who accompanied the VSO for three of the concert pieces, were a delight to watch. The group of dancers added a cheery, youthful air to the pieces in which they danced. They danced with and without their hard shoes, demonstrating the different effect each can bring to a performance.

Musical virtuoso John McDermott, who sang for the entirety of the second half of the evening, has a beautiful, rich voice and an engaging personality which won over the crowd instantly. Aside from his vocal talent, he is a fantastic story teller, which he utilised to engage the audience in each song he sang.

McDermott’s set combined traditional Celtic arrangements alongside folk pieces and a few of his originals. Although I must admit that I am partial to the traditional pieces that McDermott chose, such as My Bonnie and Loch Lomond, one of my favourite songs of the evening was one written by a friend of his, call Journeys. This very moving piece was written to express the composer’s feelings after the passing of his father. Another favourite of mine, which McDermott sang a cappella, was The Last Rose of Summer, originally a poem by Thomas Moore. McDermott ended with a breathtaking rendition of one of my all time favourites, Danny boy.

Though quite different from a traditional VSO concert, this night was very enjoyable, and quite fitting as a prelude to Vancouver’s Celtic Festival, and the upcoming St. Patrick’s Day.