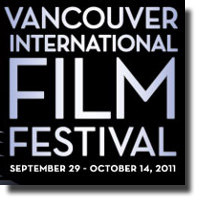 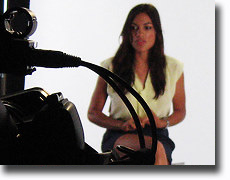 ”Media is the message and the messenger.” Jennifer Siebel Newsom obviously disagrees with the message and cares even less for those who deliver it. She uses her documentary Miss Representation to enucleate that American women are severely under-represented in positions of power and over satiated in terms of product targeting and fashion consumerism. Unfortunately, Newsom’s film is so one-sided that it almost becomes a public service announcement complete with slick PowerpointTM graphics that beg to be challenged.

Newsom takes a road that has already been well-traveled. Feminist pioneer Gloria Steinem – one of the film’s many interviewees – and now 77 has been saying pretty much the same thing for decades. Newsom makes a valid point about the pressure placed upon young girls to attain an impossible standard of beauty; a standard that she claims must conform to men’s ideals. But this is where Newsom’s message seems sententious; it maintains that that when women experience failure or rejection it’s a result of the lack of physical attractiveness. Comedian Margaret Cho contends that her sitcom was cancelled when she gained weight, but in fact the show suffered from poor ratings. Similiarly, with Geena Davis’s political drama, Commander in Chief, the film infers that it was cancelled because the viewing public couldn’t accept a strong female president, even though the network did everything to keep it on the air.

The most alienating participant is Jane Fonda, who ironically, is still best remembered for her role as Barbarella and the iconic title sequence, which features her undressing in zero-gravity. Her commentary reminded me of a teenager who insists on wearing a miniskirt, then spends all her time pulling it over her knees. Newsom effectively makes some keen observations about the objectivity of women in pornography, prostitution and rap music, but her rubber mallet approach could run the risk of disaffecting those who might be swayed by the film's powerful arguments. 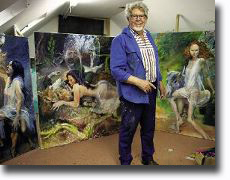 So, who is Rolf Harris, anyway? Well, if you live in Britain or in his native Australia you wouldn’t need to ask. Harris is best known as a “speed” painter, but has also earned recognition as a cartoonist, a children’s entertainer, a recording artist, a champion swimmer and a professional Aussie. Harris, now 80 years old, is one of just handful of non- Aborigines who can play the didgeridoo (a low pitch wind instrument made from bamboo).

Vikram Jayanti’s film starts and ends at the Glastonbury Festival (of Performing Arts) but is mostly set in his London studio where he reflects on his colourful career, while dabbing at his canvas. The film focuses on Harris’s pet project of capturing on canvas models Lily Cole and Lizzy Jagger (Mick’s daughter), actors Emer Kenny and Dervla Kirwan in separate congruous scenes from A Midsummer Night's Dream. Harris’s unaffected conversations with his subjects are mildly entertaining, but recurrent interruptions from an unseen (and unknown interviewer) become annoying.

Harris’s television career is every bit as colourful as his work as a painter. Jayanti intersperses BBC archival footage of some of his quirkier performances.

Vancouverites will take special interest in the footage showing him chatting to locals in Stanley Park and his performance last summer at the PNE. 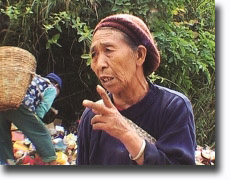 The Chinese government has never been renowned for conservation, nor has it, until recently anyway, graciously accepted opposition to its fundamental policies. As a major component of his so-called Cultural Revolution, Mao Zedong waged war on nature -“Man must conquer nature” was his credo. It didn’t simply end with his death in 1976; Successive leaders have chosen to ignore clear environmental signals in the name of industrial progress. However, in the last few years it would seem that the autocracy has softened ever so slightly. In historic terms this is surely progress!

The Chinese people, and even some high-ranking officials, are gradually coming to realise that when one man has absolute power and he is wrong, it can produce cataclysmic results. Mao’s charisma and ruthless ambition far exceeded his wisdom. Gary Marcuse’s informative film shows in archive footage how he ordered huge swaths of forests cut down to provide power to his steel makers only to discover that the calorific value was too low to produce steel.

The film also shows extensive interview footage of a retired government officer (Qu Geping), film-maker Shi Lihong, and several community leaders who are opposed to upcoming dam projects on the Yangtze and Nu rivers whose flooded estuaries will drive out villagers who rely on the fertile valley land for their livelihoods. Powerful hydro-electric companies are now learning that when you awaken the Green Tiger – it’s at your own peril. 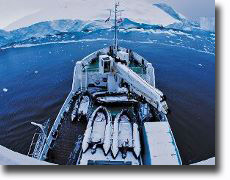 Just when we thought we didn’t need a further reminder of “inconvenient truths” about what is wrong with our beautiful planet, along comes Burning Ice - even for an environmental documentary, the title is over amplified – 'Melting Ice' would seem to be more accurate.

Peter Gilbert’s film is an uncanny blend of art and science with notable Canadian singer- songwriters Leslie Feist and Martha Wainwright, plus veteran British musician Robyn Hitchcock and Scottish singer K.T. Tunstall joining a group of photographers, writers and scientists on an explorative journey up the west coast of Greenland to Disko Bay in the Arctic. Aside from offering their gratuitous views on the issues, the artists perform an eerie cautionary soundtrack.

While the film preaches to the already converted, one cannot ignore the effects of climate change on this part of the world. Gilbert’s camera work takes in some breath-taking scenery – the point is – how much longer will it last. 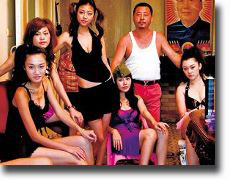 Zou Peng’s engaging, though not always easy to follow film, takes a look down the sweaty, seamy streets of Macau where attractive, young girls are recruited from garment industry sweat shops and even local high schools to “work” in the Sauna Moon Goddess, an outwardly opulent, but internally gawdy massage salon.

The film focuses on three disparate characters: Wu (Wu Yuchi) the proprietor who does his best to juggle the welfare of the high maintenance girls and the insatiable demands of his high-rolling clients, Li (Yang Xiaomin) the elegantly beautiful senior hostess and the girls wrangler, who attempts to shuffle motherhood with her “career,” and Meng (Meng Yan) who would much prefer to be a singer than a prostitute.

The uneven narrative and photography that appears to favour the use of hand-held camcorders gives the film a documentary feel. 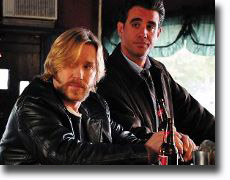 After twenty-plus years on a merry-go-round of sex, drugs and rock n’ roll, Jimmy Testegross unceremoniously gets the boot from Blue Öyster Cult, a rock band who had employed him as a dedicated roadie. But what happens when the ride is over? Jimmy’s only option is probably the last place he would want to be; moving back in to his aging mother’s home in his old neighbourhood of Queens, New York.

Cuesta’s film follows the next turbulent twenty-four hours of Jimmy’s life as he finally comes to terms with the fact that he stayed too long in a minimum wage job, regardless of how much fun it was. Meanwhile, he re-unites with Nikki, an old girlfriend and Randy, a whilom tormentor who still insists on calling him by his former high school nick-name.

Ron Eldard, who deliberately gained weight for the role, turns in a solid performance as the eponymous roadie, but watch for a nuanced performance from multi-lingual Canadian singer Jill Hennessy as Nikki. The film’s soundtrack features songs from Blue Öyster Cult and if you stay long enough to watch the credits, you will hear Jackson Browne’s The Load Out, an ode to roadies everywhere.