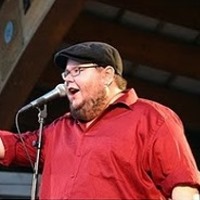 Shane Koyczan’s When I Was a Kid

“When I was a kid, I got shot down so many times I got altitude sickness standing up for myself.”
- Shane Koyczan

The first time I saw Shane Koyczan perform was in February 2010, at a dress rehearsal for the Vancouver 2010 Olympic Opening Ceremony. He was performing an original poem called “We Are More” about what it means to be Canadian, which not only inspired a nation, but helped develop my own appreciation of beat poetry and spoken word. I wasn’t really an avid poetry fan, but Shane’s words were so emotional and powerful it was impossible not to be drawn in.

Fast forward to just over a year later when I saw a poster advertising Shane’s new show and remembered him, as many likely do, as “that guy from the Olympics.” I was slightly unsure about the cult following surrounding Shane’s work. Could a poet really be that impactful, I wondered? The answer, I soon realized, was most definitely a resounding yes.

The intimate Historic Theatre at the Cultch was the perfect venue, with stuffed animals and childhood toys artistically arranged in the space, giving promises of what was to come. This was the world premiere of Shane’s new show “When I Was a Kid” which promised to be “a quest to rediscover our silliness and to embrace our wonder.” It was really so much more than that. Shane read pieces about his childhood – about his grandfather scaring away the monsters under his bed, his first crush, and the joy of preschool naptime. One particularly humorous account was taken straight from his childhood journal (“It’s a journal, not a diary!”) and offered insight into a day in the life of Shane as an eight-year-old. Backing up Shane’s powerful words was a talented five-piece band providing musical accompaniment and occasional witty comebacks. I was also shocked when Shane himself burst into song a few times. What a talented guy. It almost makes one want to dredge up the bullies from his past in a talk-show like moment as if to say, “Who is more successful now?”

While Shane’s accounts were often comic, they were also tragic – he brought the audience to tears with his recollection of the death of a childhood best friend. A tearful audience member proclaimed, “His words bring me back to my own childhood.” Another highlight of the night was a poem about Shane’s childhood encounter with a 13-year-old girl with AIDS. There was also a very enjoyable guest appearance from American slam poet “Mighty” Mike McGee.

Shane doesn’t just recite poetry. He brilliantly manipulates the emotions of his audience members, bringing them from tears of sadness to tears of laughter. He is one of the best motivational speakers I’ve ever seen and local schools and community agencies need to start snatching him up to speak to their youth. Shane has overcome a lot – from severe bullying to overcoming a learning disorder. His poem about coping with dyslexia could change lives if presented to the right audience. Judging from his successful sold-out run and upcoming album, I have no doubt that Shane Koyczan’s successful career is only just beginning.