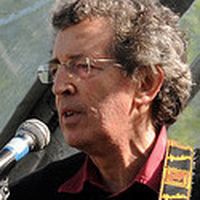 On Stage 1, the youth were represented with children who would take over when this generation goes. From Japan, Taiko: The Next Generation were children representing the new generation of Taiko drummers. From Brazil, The Ache Brasil Youth Troupe showed their prowess as martial arts fighters with their capoeira skills. The girls danced the samba like professionals, and got the children in the audience dancing with them. The BC Fiddle Orchestra showed children playing their fiddles with precision.

On Stage 2, "What on Earth!" was the theme where folk balladeers sang songs about preserving our planet: Jenny Whiteley. Mary Gauthier, Cris Williamson, Diana Jones, Dan Bern and Leon Rosselson, from England, already in his seventies, bidding goodbye to Vancouver as this is his last visit. He first performed at this festival in 1980, and his early songs in the 60s were protests against nuclear weapons. He sang The World Turned Upside Down, prophesying the destruction of the earth from nuclear weapons.

Also on Stage 2 were female folk singers Jenny Whiteley. Mary Gauthier, Cris Williamson, and Diana Jones singing ballads about their home towns--the Appalachians from Jones and Gauthier, Colorado from Williamson, which had a country music tone to it. Again, from the witty and down-to-earth Gauthier, a song about Mercy, with the other Gauthiers (quipped Gauthier) accompanying her. She was referring to Williamson and Jones who serves as her back-up singers. Dan Bern from California sang the funny two-moon song which got the audience laughing, and encored with a more tragic song about suicide..

On Stage 3, I enjoyed two bands--the jazz band Confabulation from Ontario. Leader David Woodhead asked us to write to our MPs and to Harper asking why some bands weren't allowed to enter Canada when in the past festivals they had already performed.

On the same stage, later, the Duhks performed French Canadian music as well as songs abou Winnipeg ("When It Rains in Winnipeg). The last shows I saw was the Latin group from Angola/Congo, Ricardo Lemvo & Makina Loca. Cuba was involved with Angola, and Cuban music (salsa and rumba) became part of their music.

The Columbian band LA-33 gave us a taste of Columbia's cumbia, and from an Indian perspective, we saw Cassius Khan, master of the tabla, singing ghazals, and accompanied by two performers playing the sitar and a native harmonica.

This was indeed a 7-ring circus, with all these soloists and bands playing on seven stages all at once, and as usual, in the 14 years we've been reviewing this festival, this was another excellent and satisfying day, despite a little bit of rain and clouds.