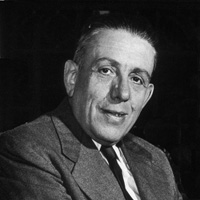 Available Saturday, October 24, 2020 at 7:30pm and available to view on demand until the end of the season

Sung in French with English surtitles

New times mean new responses and Vancouver Opera has necessarily backed away from the big opera house experience to deliver a season of chamber operas. Their first choice, La Voix Humaine could not illustrate better physical distancing and the pain of it at the end of a love affair. Only technology links Elle - she has no other name - with Monsieur. For her, the phone both connects and distances, hides and confronts.

The script, dating fromt the end of the 1920s, was adapted some 30 years later by Francis Poulenc and soprano Denise Duval and composed by Poulenc for Duval. It is a profoundly intimate look at the end of an affair, stripping away layers of deceit, self-deception, illusion, courage and hope. We first see Elle (Mireille Lebel) waiting for the phone to ring. The anxiety of the opening Hello was followed in quick succession by irritation rising to anger with a wrong number and interference on the line and warmth when finally she is connected to Monsieur. The rapid changes of mood, tension, colour that Lebel achieved in just the first few minutes were subtle and sustained with increasing range to the very last moments in a gripping performance.

Although Poulenc scored this monodrama for orchestra, and some colour and depth is lost without one, having a piano accompaniment is not an unusual choice and only intensifies Elles loneliness. The piano is by no means just the underpinning for the singer/actress. It is very much another character, sometimes the voice on the other end of the phone line, sometimes Elles inner self. It also foreshadows whats about to come, reminds of the past, sometimes it adds depth to Elles emotions and at other times is at odds with her mood. Kinza Tyrrells playing was vivid and volatile and never failed in expressing Poulencs challenging and emotional score nor in providing support for Lebel.

Re-imagined for the screen is the Vancouver Operas slogan for this season. The importance of getting this right can be seen in many productions now on-line, for better and for worse. Allowing her performers ample space, Rachel Peakes direction was as elegant and understated as the set and costumes by Amir Ofek. A possibly anachronistic, very long telephone cord let Elle roam through her apartment, each room defined by a single piece of furniture. Her coat must have come straight out of Vogue. Delicate lighting by Jeremy Baxter deepened Lebel's many changing emotions with care and sensitivity. The birds eye views of the stage from high in the Chan Centres ceiling were effective portrayals of Ellles physical and emotional isolation. It was the close-ups though which really added to the intimacy of Lebels performance. It is quibbling to say I would have liked to see more of the piano.

Missing from the digital experience for the audience was a sense of place and of a shared experience with the artists. If these performances are not to be "movies", then we need to sense the ambiance of the Chan, see the house lights dim, and accept the bows from the performers..