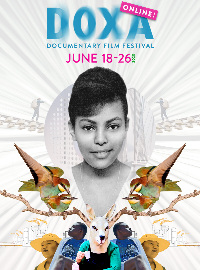 Awards given out at this year's DOXA Documentary Film Festival 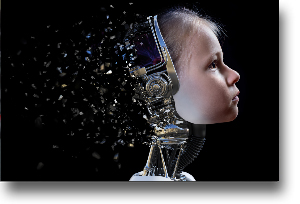 In English & Finnish with English subtitles

Androids and cyborgs have long been part of science fiction lore, but now they are fast becoming reality. Iiris Härmä’s equivocally titled documentary Who Made You? takes a long hard look at artificial intelligence and specifically how best we can instill humanistic values in their hard wiring. With the help of Erica, an Android who looks uncannily like a Young Japanese woman with the voice of a British teenager, we learn the essential difference between androids and cyborgs (Androids are robots that assume human form, cyborgs are living organisms with bionic or non-organic components).

We also meet Zora, a robot that actually resembles a conventional robot, who leads a group of seniors in an exercise class. Zora doesn’t speak, but (his/her) limbs gyrate fittingly to dance music. Ms. Härmä’s film also shows some of the absurd uses of artificial intelligence – with emphasis more on artificial than intelligence. The camera takes us to a brothel in Barcelona that provides clients with only life-like sex dolls that are programmed to emit sounds of sexual pleasure.

New technology brings with it moral dilemmas. Scientists are frequently having to ask themselves questions like: how much human ethics should be engineered into their creations? Some people seem willing to sacrifice personal privacy for more convenience. The film briefly examines the concept of “Digital Me,” an idea thatinvolves an electronic chip being surgically planted in a person's body that will eliminate mundane chores like answering insignificant emails.

Just how far ahead is science fiction beyond present reality? Iiris Härmä’s asks much about where we are and where we might want to go. 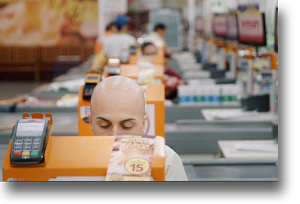 Dialogue in Portuguese - no subtitles

If you’re the type that enjoys work so much that you could watch other people doing it all day, young Brazilian film maker Tali Yankelevich lets you do just that in her documentary My Darling Supermarket. She takes her audiences on a shopping expedition to a modern Sao Paolo supermarket owned and operated by grocery chain Supermercados Veran. A soundtrack that is difficult to ignore follows cinematographer Gustavo Almeida’s camera around the supermarket. The music seems to fit the visual with an eclectic mix of Industrial, carnival music and a ballet score. Basically, we see ordinary people doing ordinary jobs, but while their tasks might seem mundane, the hard-working employees present an eager and purposeful attitude. Bakery associate Kelly Christina Dos Santo Reis, an attractive woman in her mid-twenties who looks to be more suited to a sales position in an upscale department store, seems unbothered by her colleague’s good natured flirting. Much of the activity going on is taking place in the bakery and deli in preparation for Festival Dos Sonhos (Festival of Dreams).

There is a lot of dialogue conducted through interviews and conversations between workers. Unfortunately, one would have to be fluent in Portuguese to be able to understand any of it. I’m sure that there were some interesting anecdotes among the dilemmas, dreams and questions discussed by the workers – it’s too bad that Tali Yankelevich couldn’t stretch the budget to include English subtitles. 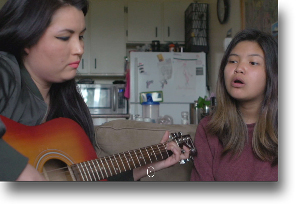 Another Word for Learning

Jadis M. Dumas’ reflective documentary is chiefly filmed in Vancouver’s Downtown East Side (DTES) and follows independent broadcaster and single mother Gunargie O’sullivan as she negotiates a viable education plan for her eleven-year-old daughter Aisha. Gunargie, much like many other First Nations parents, has experienced difficulty in identifying the specific educational needs and what best fulfills the ambitions for her bright extraverted daughter.

Aisha has tried the public school system, but could not reconcile its stifling parameters. We see her experiment with home schooling with the help of her well-meaning mother and her 23 year-old sister Nimkish. At one point, Aisha seems to consider attending Windsor House in North Vancouver (now closed), which encourages self-determined learning, but ultimately rejects it as an option. Attending classes at the Sarah Mclachlan School of Music does appear to provide some joy in learning.

Another Word for Learning doesn’t offer a deep examination of Canada’s education institutions, but is worth watching as a moving portrayal of a complex mother-daughter relationship. 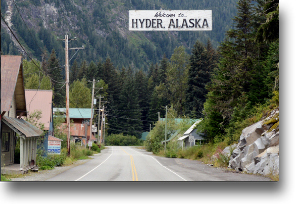 The End From Here

On entering Hyder, Alaska one’s focus is drawn to a hand-painted sign that reads: The friendliest Ghost Town in Alaska. The subject of Tony Massil aptly titled film is isolation and this township is absolutely the place to come to if isolation is what you’re looking for. Situated on the southernmost tip of Alaska, it’s almost in Canada (Hyder gets its electricity from a subsidiary of BC Hydro). Only 3 kilometres south of Stewart, British Columbia, there are no American border controls at the Hyder - Stewart Border Crossing, so that the few residents or travelers that cross between the two towns don’t encounter border security. At the last census, the town’s population was 87, though it’s likely there are even fewer now. But it’s just as likely that Jim Russell, Carl Bradford and Ken Olsen, two Americans and a Canadian will still seeking seclusion in this wilderness. Director Massil follows these quirky characters around with a camera and a microphone during a time when the rest of the country was preoccupied with the election of Donald Trump in the 2016 US elections. The film doesn’t indicate any social connection between the three, but for guys that spend most of their lives solitude, they seem to be spontaneous in offering up opinions on just about everything from climate change to politics. Carl Bradford, who mans the town’s library and acts as Election Officer at the town’s only voting booth, seems well versed in ancient history.

So should we really care much about this curious geopolitical anomaly? Probably not. While it perhaps serves as a prime example of what Canada – US relations could be, there isn’t really enough in the ramblings of three guys who prefer to be left alone to spend seventy minutes of your life listening to.