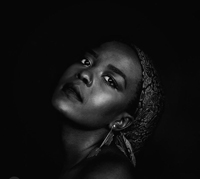 musica intima
the beginning of the song

musica intima celebrated the final day of National Poetry month with settings of poetry of immense charm and power. Rather than a filmed concert, the group offered a set of videos shot in different locations and a programme which stretched from a Rima by Tarquinio Tasso, the extraordinary Italian Renaissance poet, to 3 spoken-word pieces by an immensely talented young poet/performer from and in Ottawa, Germaine Konji. The programmes lyrical momentum was shot through by a deconstructed" Ode to Joy" and a vivid interpretation of a safety manual.

Against a background of blooming cherry trees outside the Chan Centre, the beginning of the song opened with a rich 10-part setting of Tassos Io son la Primavera by William Hawley. Here intimations of the Renaissance madrigal slip into an expressive 20th century aesthetic. Take pleasure in Spring, one day it will not return.

Moving to St. Philips Church, the choir spread through nave and chancel, well-distanced but closely in touch, apt for Distancia, Kathleen Allans expressive love song for a lover far away from his beloved. At times almost hymn-like it ebbs and flows and exerts a strong pull of longing

Showcasing the three mentored singers from the Vancouver Youth Choir What is Life is an existential meditation distinguished by Swedish composer Ann-Sofi Söderqvists skillful interplay of colour and mood heightened by the choirs crystal-clear, transparent sound.

If What is Life exemplifies the quintessential intonation of Nordic vocal music, then Norwegian composer Maja Ratkje turns it on its head as she deconstructs Beethovens "Ode to Joy" in A dismantled ode to the moral value of art. musica intima moved to the Chan Centre to film this astonishing piece. In a composition chiefly composed of sounds rather than words and notes, Ratkje creates a sonic world interrupted by snippets from Beethoven, mere intimations rather than quotes. Amazingly purring, bird sound, urban noises and a plenitude of other vocalizations combine to make music. And strangely the final lines are a quotation from Neil Young, Everythings gonna be all right  the modern conception of Freude, freude?

St. Philips again was the setting for Laulu Algus (Veljo Tormis), Estonian choral music at its finest and the source of the programmes title. Here song grounds the poet in his native land.

The composition of The River of Hellos and Goodbyes reversed the usual pattern of words first, music afterwards. Composer Alfredo Santa Ana presented his frequent collaborator and poet, Colin Browne, with passages of music and asked him to set words to it. The result is a moving discourse between a couple separated by distance though not by sentiment. Again, embraced by the Chan Centre, extended vocal techniques are used to marvellous effect.

A Summers Singing is a delicate poem by Lorna Crozier set to long, searching lines by Leslie Uyeda. musica intima commissioned this work some years ago and know it well. They settled into this graceful piece about music and the heart with a comforting ease.

For something completely different, all fall down by Michael Oesterle sets paragraphs from a manual on how to fall safely. Words and phrases are passed, seamlessly, around the group, plenty of leaps, scales, changes in rhythm give life to the distinctly unpoetic text.

Water Fountain, a piece familiar to the Vancouver Youth Choir closed the programme. Lively rhythms and choruses as if from American folk song clothe a text on water shortage and climate change.

Punctuating this programme at three points is a set of performance videos by Germaine Konji. Konji writes about the black experience so piercingly that from her particulars of love, grief, longing, depression and hope she touches us all.

Applause is due to all the technicians for, amongst other things, clear and even sound in all the locations, for the camera-work which followed the music admirably, for the unobtrusive and supportive lighting. Despite wearing masks and impeded by distancing restrictions, musica intimas diction was impeccable, their cohesion firm.