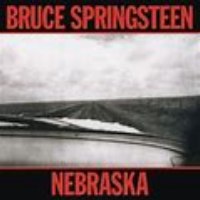 When & Where available from May 9, 2020 | Live streamed on Youtube from somewhere in New York

The release in the fall of 1982 of Bruce Springsteen’s Nebraska album surprised many of his fans, mainly because of what it didn’t have. Even despite his later solo efforts, it sits uneasily in his overall catalogue of recordings. Unlike the previous albums recorded and performed on tour together with Garry Tallent, Clarence Clemons, Danny Federici and Vini Lopez which exuded energy and optimistic joy, Springsteen’s vocals on Nebraska were raw and introspective.

Savvy Springsteen devotees consider Nebraska to be one of his best. Aoife O’Donovan obviously shares that sentiment, since she recently went to the trouble of producing a forty-five minute YouTubeTM performance of the album in its entirety, with a portion of proceeds intended to benefit MusiCares Covid-19 Relief Fund.

Despite her Irish name, Aoife O’Donovan is an American singer-songwriter from Boston, Massachusetts. Though essentially regarded as a folk singer who has taken inspiration from Joan Baez and Bob Dylan, Aoife is much more versatile than such a label might suggest and has studied contemporary improvisation at the New England Conservatory of Music.

Ms. O’Donovan is obviously not gifted with punctuality. The live-stream video is five minutes in before she makes a first appearance (I suggest you skip through these first five minutes of looking at a blank wall). However, the singer’s interpretations of “the Boss’s” songs were worth waiting for. Kicking things off with only self-accompaniment on acoustic guitar on the album’s dour title track, where the main characters are a real pair of losers - one is sentenced to death in the electric chair.

O’Donovan only pauses between songs to adjust the tuning on her guitar, but never to introduce or explain the songs. She likely assumes that since she is performing the album in its original sequence, her audience sitting at home might be holding the album cover.
With the second song, "Atlantic City" O’Donovan delivers even more poignancy than Springsteen’s original. Seeing the city now, it’s difficult to imagine that it inspired the U.S. version of the board game Monopoly. In "Johnny 99" the singer tackles the song with more verve. This song and "Open All Night" are the closest to having a rock cadence. O’Donovan’s supple vocals seem to downplay the song violent overtones.

On "State Trooper" she gives the interpretation more of an edge. The song’s strong narrative picks up where the previous song, “Highway Patrolman” leaves off. While beautifully sung, her interpretation somehow lacks Springsteen’s passionate storytelling.

Aoife O’Donovan appropriately ends her performance with the last song on the album, “Reason to Believe.” Her understated performance matches Springsteen’s plaintive lyrics. It’s an incredibly brave attempt at such a challenging outlier work.